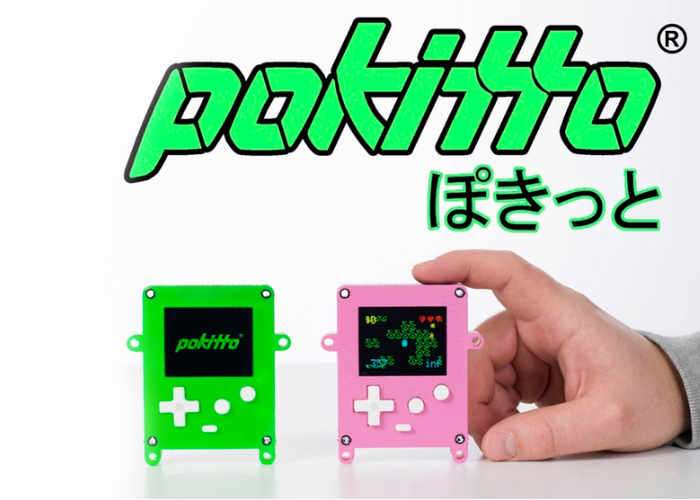 Pokitto is a DIY Gaming Gadget based on a tiny 32-bit ARM Cortex-M0+ chip. “Pokitto” means “the sound of a snapping twig” in Japanese and has already raised its required pledge goal this week via Kickstarter with still 26 days remaining on its campaign.

Watch the video below to learn more about Pokitto and its functions which allow you to easily learn to code as well as enjoy Internet of Things build projects, games and more.

The idea of Pokitto is to teach how modern Internet-of-Things (IoT) automation gadgets work and how they are programmed. The ARM chip inside Pokitto is found in 3D-printers, drones, robots, intelligent thermostats, remote doorlocks etc. Pokitto was introduced as a protype at Maker Faire Rome 2016. Children were very enthusiastic and interested in Pokitto. We had 800 players in 2 days, and all wanted to have one!

With Pokitto, you learn the basics of new embedded technology through fun and playing games. And then move on to build your own intelligent projects by connecting electronics straight to the extension connector of the Pokitto. This offers you many possibilities that other game consoles do not!

Visit Kickstarter via the link below to make a pledge from $49 with shipping expected to take place in August 2017.