The Plen is a cute 9 inch tall miniature bipedal robot that can be controlled directly from any Android handset. The Plen robot connects via Bluetooth and is capable of performing complex series of actions and movements, including dancing and skateboarding. Check out the video after the jump. 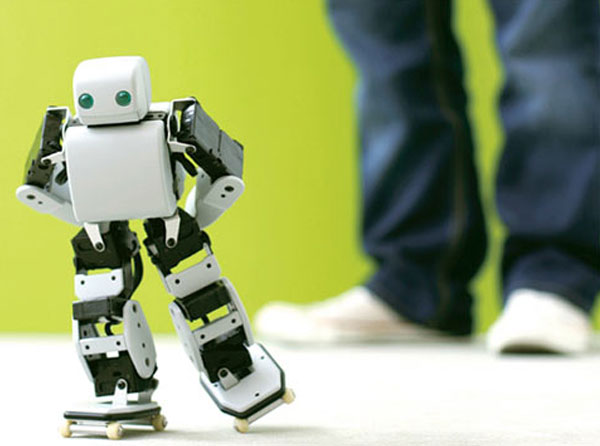 The Plen robot classed as a desktop hobby robot and has been created by Akazawa with its name derives from the English word ‘ plain’.

There is an initial limit of 50 units are available to purchase in Japan for 262,500 Yen around $3,000 each. More will be made available if there is demand for this little cutie.