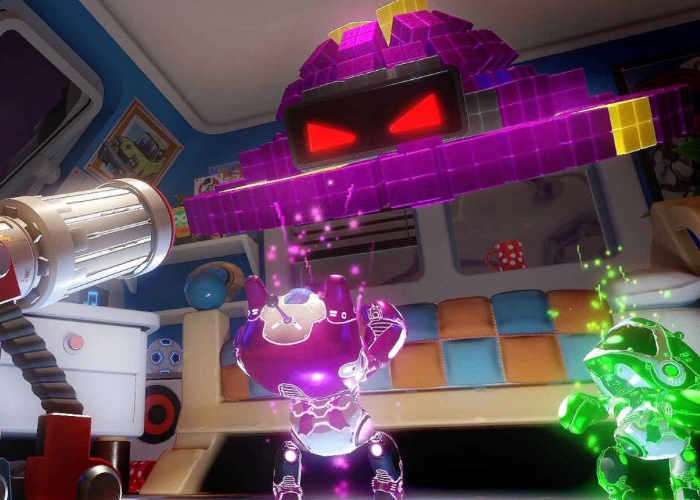 PlayStation VR gamers may be interested in a new game which has been rolled out today as part of the new Playroom VR update which is now available to download.

The free Toy Wars game is available to all PlayStation VR owners and offers a 4 player, cooperative, tower defence inspired game set in a base that is situated under the bedroom of the games hero. 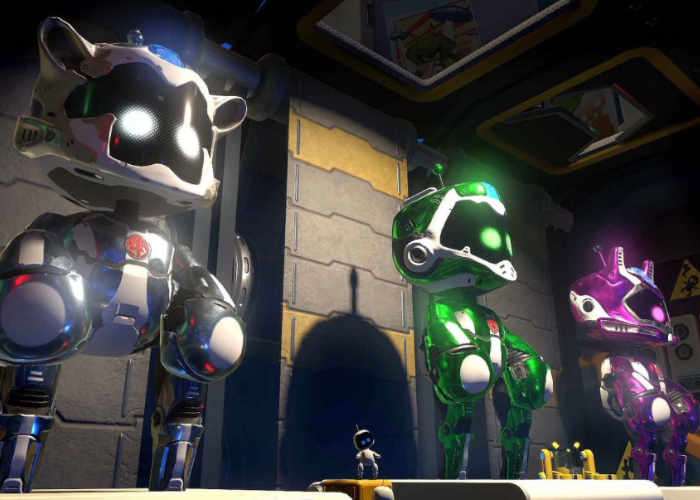 Konnichiwa. This is Nicolas Doucet from Japan Studio explains more about the new game :

The name is Toy Wars. It’s a four-player, cooperative, tower defense style game set in a base under the bedroom of our hero. You must shoot and smash waves of enemies coming at you without the VR player getting hit a single time. And as with other games in The Playroom VR, you can play Toy Wars alone in VR or with up to three extra friends helping you on the television.

The player wearing the VR headset has different goals and objectives to those playing on the TV.
In Toy Wars, the main VR character is a classic action hero mounted on a swivel chair. The DualShock 4 turns into a Gatling gun so you can shoot the soft plastic bullets like crazy. The TV heroes are big chunky mechs, piloted by our classic VR Bots. Using the DualShock 4 controller, you can punch enemies to prevent them from reaching the VR player. Each TV hero has a unique devastating charge attack so you can find a playstyle that suits you best.

The game begins in the heroes’ underground base located under the bedroom. As the mission begins, all heroes ride a cool elevator to ascend to the surface. We took inspiration from classic Japanese anime for this.