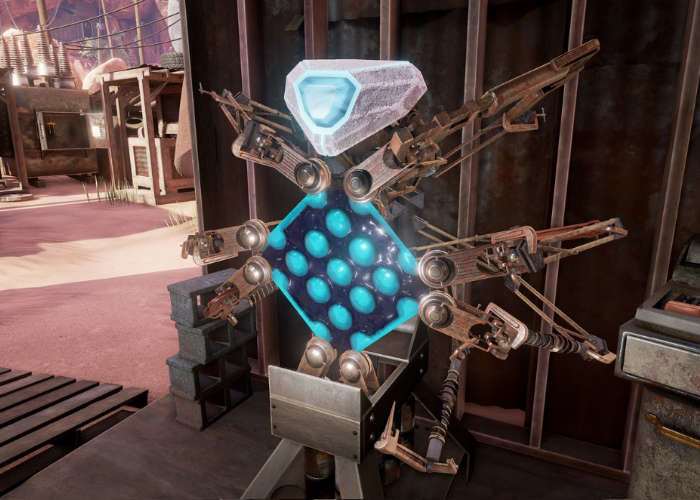 A new PlayStation VR game will be launching later this month, created by the team behind the iconic and hugely popular Myst series of adventures.

Obduction will be launching on the PlayStation VR platform on August 29th, 2017 and has already launched on the Oculus Rift. Check out the gameplay trailer below to learn more about what you can expect from this stunning virtual reality game.

This is Rand Miller, one of the original founders of Cyan and “Atrus” to those familiar with our legendary Myst series. It’s so exciting to be putting the final polish on Obduction for the PS4 and PS VR. We are working diligently to finalize our launch on August 29th and have put together a great PS4 Obduction theme exclusive for those of you who want to pre-order.

Cyan has a rich history of building exploration games that reveal their story as part of the adventure in and around very diverse environments – and Obduction was created with that heritage in mind. We’ve always loved the idea of putting players into new places, new worlds, with no backstory or instructions. This isn’t role playing – you play yourself. The best instruction is to act like this is really happening – what would you do, where would you go? Spend some time in this new world, learn and understand more and more, and you’ll realize that you can play a large part in this story.

Obduction is a gorgeous, mesmerizing, unique, and immersive experience in some very strange worlds. You don’t shoot things. Heck… you don’t die at all (well, maybe that’s not completely true). The game begins with you enjoying a nighttime stroll along a beautiful mountain lake, but very quickly a streak of light breaks the calm. A strange organic artifact falls from the sky, approaches and takes you away from Earth to a new world named Hunrath. Hunrath is a strange conglomeration of pieces of Earth from various time periods mixed in with alien technology. There’s even a message from someone at the beginning that seems to imply that this has happened to others, and they all live here happily – but something about the place doesn’t seem to jive with that. It’s too quiet, and empty, and… eerie. As you wander and explore you start to unravel the story – and find a way to “make it home.”

For more information on the new game that will be launching in a few weeks time jump over to the official PlayStation Blog via the link below.