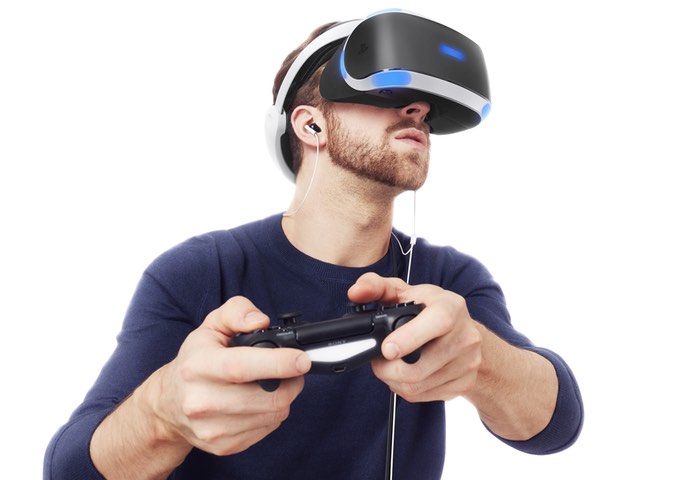 The day has finally arrived when Sony launches its new highly anticipated virtual reality PlayStation VR headset. After making it available to preorder during the previous months priced at $399.

Next month Sony will also be launching their new PlayStation 4 Pro system which has been specifically designed to provide a little extra processing power for the new virtual reality hardware, experiences and games that have now been made available and will be launching in the near future.

Watch the official PlayStation VR Batman Arkham VR experience trailer below to learn more about what you can expect from this Sony virtual reality headset, which is designed specifically for the PlayStation 4 console. Shawn Layden President of Sony Interactive Entertainment explains more about the launch.

While some lucky gamers already have PlayStation VR through our Taco Bell promotion, the system formally launches in the US and Canada (and other regions across the globe) today. We’ve got a great lineup of more than 30 first and third-party games available day one, including PS VR exclusives such as Batman: Arkham VR, Rez Infinite, Driveclub VR, PlayStation VR Worlds, and Rigs Mechanized Combat League.

If you missed out on a pre-order, the PS VR core units (which include the PS VR system, processor unit, headphones, and all cabling), are available at major retailers.

If you aren’t sure what games to buy, remember that each PS VR unit comes with a demo disc that includes a wide variety of content. On top of that, The PlayRoom VR is available for free download to all PS VR owners.

From everyone at PlayStation, we’re so excited for you to finally experience PS VR from your own living room. Just a reminder, PS VR is compatible with all 40 million PS4 systems that are already inside your homes.

Check out the link below to learn more about the games, PlayStation VR setup and more :