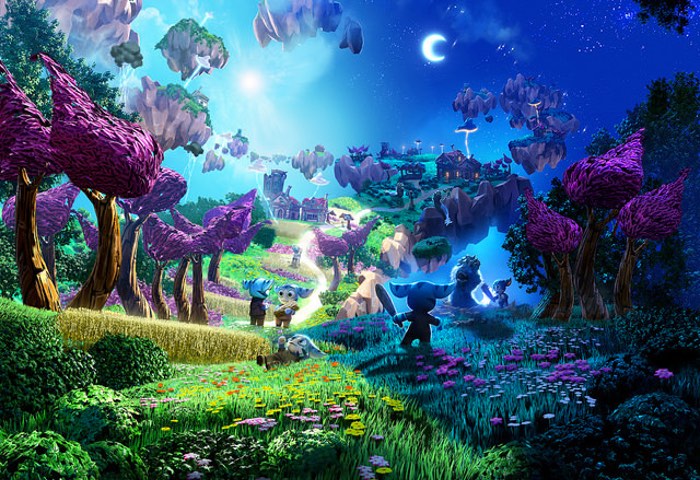 PlayStation gamers looking forward to getting their hands on the new PlayStation VR, virtual reality headset, which is expected to launch in October. May be interested in a new game unveiled this week in the form of Tethered.

Tethered will be one of the PS4 VR launch games that will be available to play when the PlayStation VR headset launches later this year. With E3 2016 starting in just a couple of days time you can expect Sony to unveil more details about its virtual reality headset specifically designed for the PlayStation 4.

Alan McDermott Creative Director at game development studio Secret Sorcery has taken to the official PlayStation blog this week to reveal more details about their new debut game that will launch alongside PlayStation VR this Autumn.

For our debut title, we didn’t set out to create a facsimile of reality – we’ve done enough of that over the years with games like WRC, MotorStorm and DRIVECLUB – and with the exciting dawn of Virtual Reality, so much more is possible beyond that. We started with a blank canvas and allowed creativity to drive each and every decision along the way.

Designed and developed exclusively for Virtual Reality, “Tethered” takes the best parts of a sand-box experience you might expect from a great strategy game and combines them with gentle puzzle mechanics that help pull you through the experience, all the while wrapping you up in a beautifully immersive universe. With a simple premise at its core – gather and prepare by day, survive by night – our goal is to strike balance between comfort, simplicity, beauty and challenge.

For more information on the new Tethered PlayStation VR game jump over to the official PlayStation Blog website for details by following the link below.