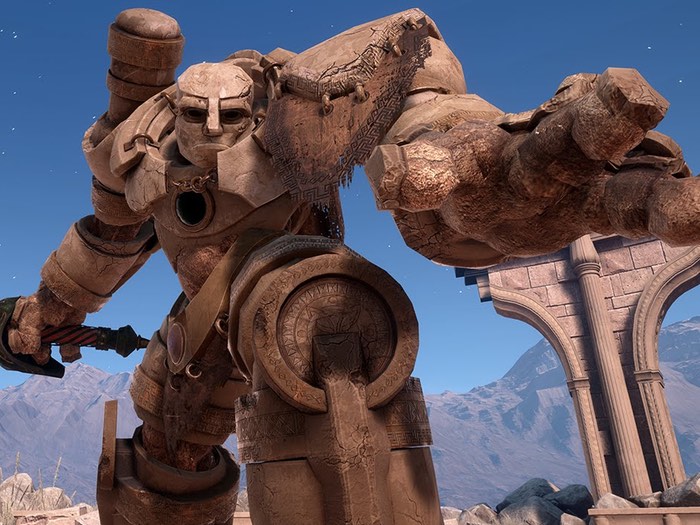 With Sony hoping to launch their new PlayStation VR virtual reality headset in conjunction with a new more powerful PlayStation 4 console, later this year during October 2016.

Those looking forward to the arrival of the new virtual reality hardware might enjoy this six minute look at gameplay from one of the new game that will be available to play on the PlayStation VR hardware in the form of Golem.

Unfortunately not much is known about the PlayStation VR action adventure title Golem which is currently under development by Highwire Games and has been built from the ground up specifically for Sony’s PlayStation VR hardware.

In Golem, you play as an adventurous kid who has been seriously injured. You are stuck at home in your bed, dreaming of exploring the outside world. You gradually develop the power to create and control stone creatures known as golems. You see through their eyes, direct their movements, and use them to explore beyond the confines of your room. At first, you can only build small doll-sized golems to send around your room… but eventually your powers will grow, until you can send enormous 15-foot tall giants to explore an ancient abandoned city.

For more information on the Golem PlayStation VR game jump over to the official Highwire Games website via the link below.