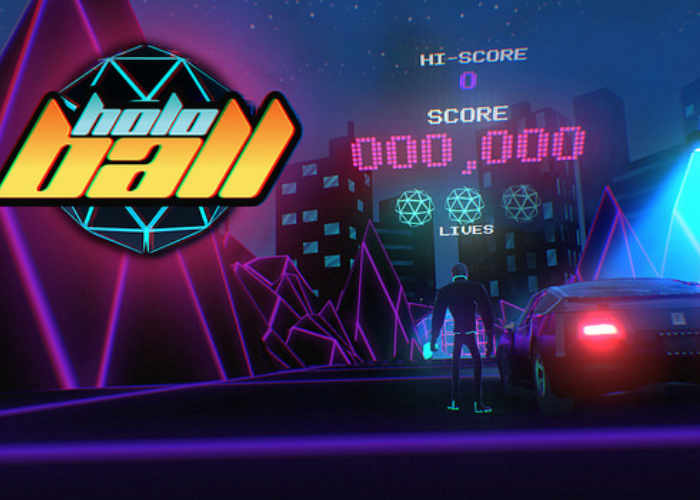 A new PlayStation VR game launches today adding to the ever growing list of virtual reality titles that are being made available for the new Sony PlayStation VR headset which is now available to purchase priced at around $399.

Set in a not-so-distant future, during which a rogue artificial intelligence has taken control of earth and enslaved humanity. Mike Gaboury from developers TreeFortress has taken to the official PlayStation blog this week to reveal more details about their new game.

On their 18th birthday, every human is given one chance to earn their freedom by playing and defeating the AI at their favorite game: Holoball. Equipped with only a paddle and your own skill, do you have what it takes to defeat your opponent and earn your freedom?

Holoball is a futuristic take on racquetball, set in a Bladerunner/Tron inspired universe. The player, with paddle in hand, smashes and slices the ball in an attempt to score, whilst defending their own net. The harder the player hits the ball, the faster it goes; your timing and athleticism determine the outcome, and by the time you’re done playing you will be sweating.

While I was away at PAX East, Shawn had developed a small Pong/Paddle Ball VR demo. Once I returned home I got the chance to try it, and it ended up being extremely fun to just hit a ball in VR. I was then tasked with making this game look interesting, and coming up with an overall theme/story.

We ended up throwing around a few ideas, including a grungy “junkball” theme, a minimalist clean glossy theme, and a few others. There was one major caveat, though: we were a 2D-only game studio, zero experience at all with 3D. So whatever we decided, we had to make sure it was reasonable and achievable with just the two of us.