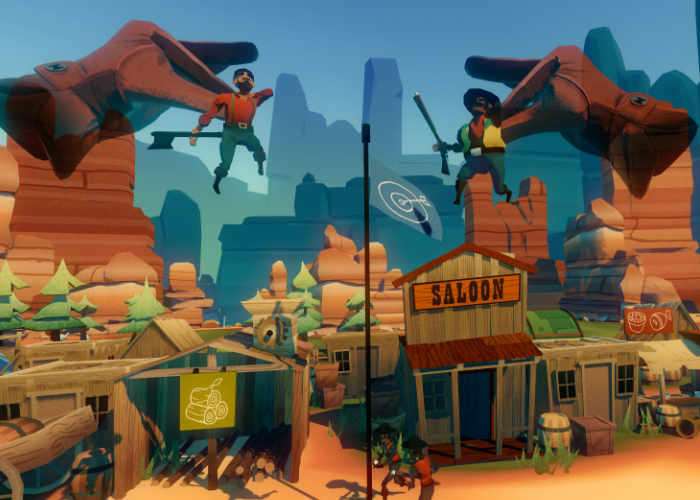 On August 1st, 2017 Uber Entertainment will be launching their new PlayStation VR title Dino Frontier which will be available to purchase directly from the PlayStation online Store priced at $30.

For a teaser of what you can expect from the new virtual reality game from the creators of Wayward Sky, check out the gameplay trailer below.

We announced Dino Frontier last December at PlayStation Experience. Since then, PlayStation gamers played updated demos at GDC in March and E3 in June. Now it’s ready for gamers across the globe. It’s been a thrilling ride and we couldn’t be more excited. We’ve strived to push the boundaries of VR interaction. There’s no other game like Dino Frontier. Reaching down into a vibrant world to pick up tiny people is a magical experience.

Dino Frontier lets you build and manage a frontier settlement in a world where the Wild West and Jurassic collide. You assume the role of Big Mayor overlooking your settlement in tabletop-scale VR. You’ll be directing Settlers to harvest food, chop lumber, train dinosaurs, and more!

Jump over to the official PlayStation blog for more details ahead of the game’s launch on August 1st.