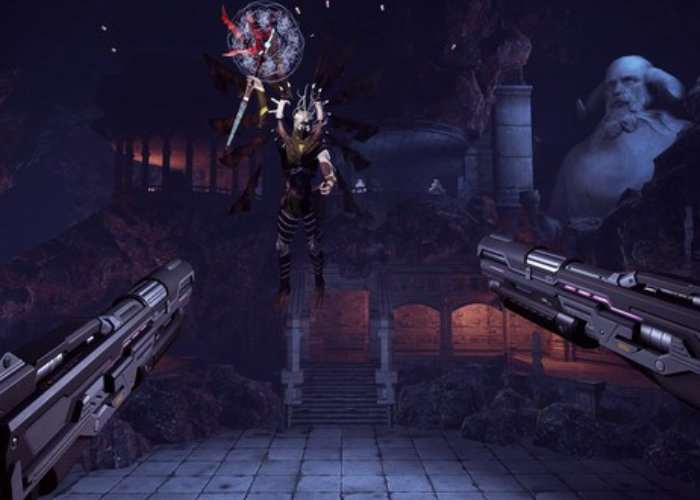 PlayStation VR users may be interested in the new gameplay trailer which is being released this week for the upcoming fast-paced action shooter DWVR.

In DWVR you can use a variety of different weapons to battle off enemies including swords, guns and spells and it is also available via Early Access on steam for the Oculus Rift and HTC Vive priced at £11.

Feel like an action hero while switching seamlessly between an arsenal of guns, swords and spells as you blast your way through murderous hordes.

DWVR is a high-speed shooter that uses motion controls to put you in the shoes of an action hero. Your VR controller becomes an extension of your arm as you take aim with your gun or cast spells. Includes many different weapons, from rifles to even a sword or magic fireballs, and many different enemies to fight.