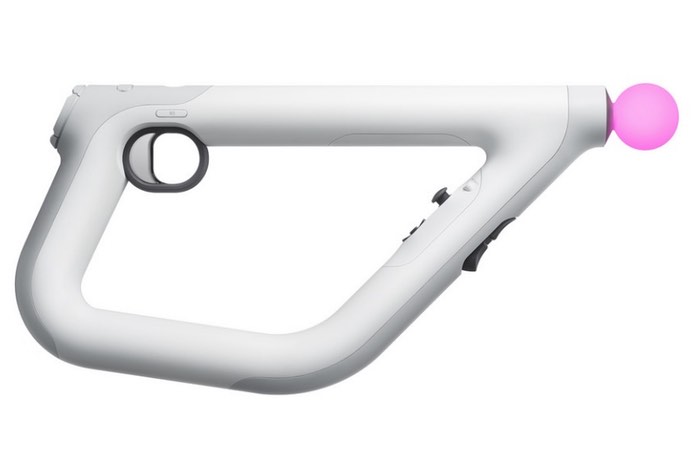 The PlayStation VR headset will be available to purchase on October 13th, 2016 priced at $399 and Sony has designed the new PS VR Aim Controller to provide players with direct 1:1 tracking.

The design of the new weapon styled controller builds on the technology Sony used in its previous PlayStation Move shooting attachment and Sharp Shooter. The first game that will support the new peripheral takes the form of Farpoint is a PlayStation VR exclusive currently under development by independent game studio Impulse Gear, who explain ”things in Farpoint that just are not possible in a standard FPS game.” Check out a trailer for the new Farpoint game below to whet your appetite before it is made available.

Sony as yet has not announced any launch date for the new hardware but expected to be made available when the PlayStation VR headset launches during October 2016. As soon as more information, specifications and pricing are revealed by Sony we will keep you up-to-date as always.