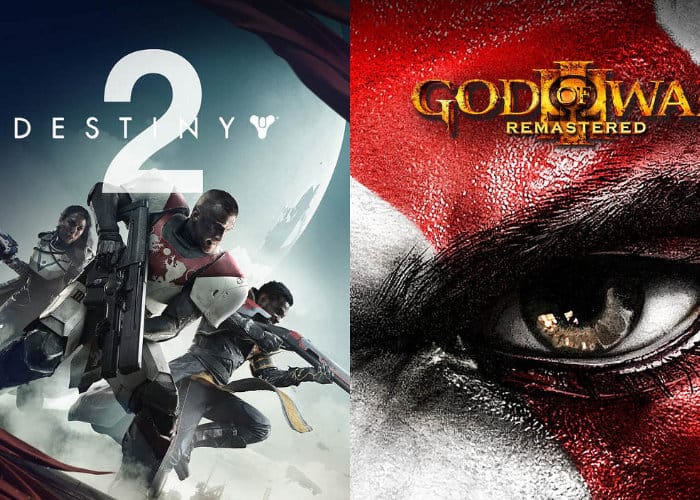 PlayStation gamers wondering what free games will be made available via the PlayStation Plus September 2018 offering will be pleased to know that details have now been published to the official PlayStation blog revealing that Destiny 2 and God of War 3 Remastered lead the PS Plus lineup for September 2018.

God of War III: Remastered will be available to download on your PlayStation console from September 4th 2018. While Destiny 2 is available a week early and available on PS Plus today. Sony has also organised a 24 hour free trial of Destiny 2: Forsaken’s new hybrid PVE & PVP mode, Gambit, which starts September 1st 2018 at 10 AM PDT. After which you will need to purchase the expansion.

“Armed with double-chained blades and an array of other weapons and magic, Kratos must take on mythology’s deadliest creatures while solving intricate puzzles throughout his merciless quest to destroy Olympus. As a reminder, PlayLink and PlayStation VR bonus games are available for download as part of your PS Plus membership!”

This month’s free PlayStation games include :