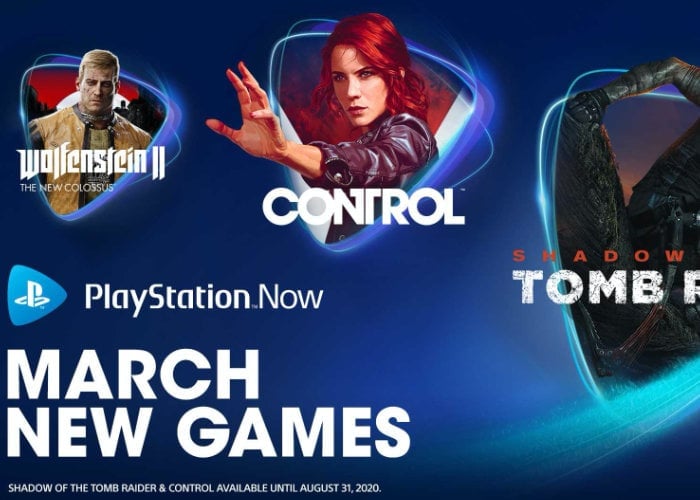 Brian Dunn Senior Marketing Manager for PlayStation Now has taken to the official PlayStation blog this week to reveal the new PS now games you can expect to enjoy during March 2020 in the form of Shadow of the Tomb Raider, Control, Wolfenstein II and more. Checkout trailers for all three major new additions below expanding the PlayStation Now library to more than 800 titles playable across the PlayStation 4, PlayStation 3 and PlayStation 2.

A full list of games joining the PlayStation Now library in March 2020 :

“Hello, PlayStation Now fans! We’re excited to announce a new batch of PlayStation 4 games joining the PlayStation Now library in March. Starting March 3, PS Now subscribers can enjoy 11 new games, including Shadow of the Tomb Raider, Control, and Wolfenstein II: The New Colossus, which are available to stream and download.”

“Control – After a secretive agency in New York is invaded by an otherworldly threat, you become the new Director struggling to regain Control. From developer Remedy Entertainment, Control is a supernatural third-person action adventure which will challenge you to master the combination of supernatural abilities, modifiable loadouts, and reactive environments, while fighting through a deep and unpredictable world.”