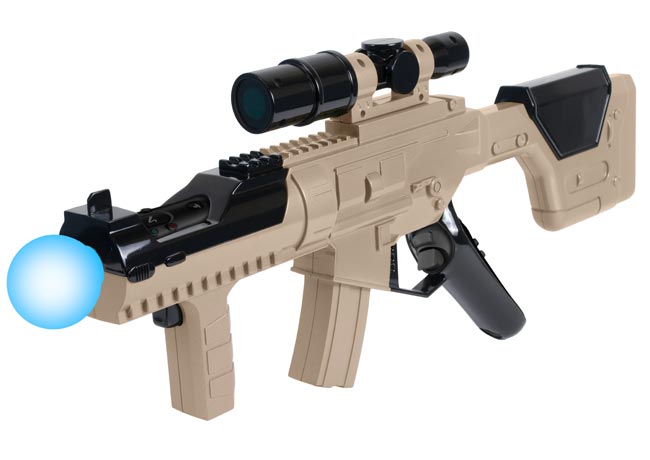 For PS3 users that crave heavy artillery, look no further than the Submachine Gun for the PlayStation Move. It has the size and weight that serious military gamers have long been clamoring for. Plus it can be easily adjusted to resemble firearms from most modern and future combat titles via the removable scope and stock, to also suit any gamer’s personal preference.

The PlayStation Move Submachine Gun Controller will be available in November for $29.99.