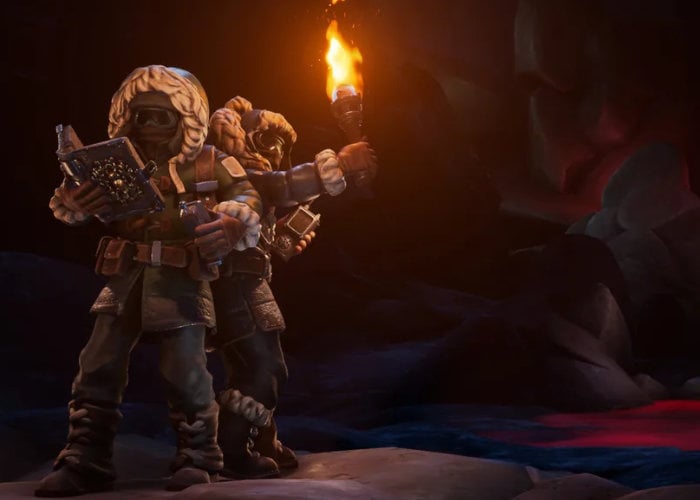 The development team at Total Mayhem Games has this week shared the first details of a new PlayStation 5 sequel to the companies co-operative puzzle adventure series. We Were Here Forever will hopefully be released later this year and more details and confirm date will be announced closer to its launch date, says Total Mayhem.

“Since the release of We Were Here Together we’ve been working on our new game. We Were Here Forever will be the fourth standalone entry in the series- with a focus on bringing the world of Castle Rock to life like never before. At the same time we’ve been coming up with great new puzzles, writing the next part of the story, and preparing to bring you an experience that will keep you on the edge of your seat the whole way through. On top of that, it’s been awesome to take advantage of the power of PlayStation 5 to create some stunning environments for you to explore. After two years of development, we’re delighted to present this announcement trailer to you all.”

“In Forever you will notice puzzles are even more engaging, more dynamic, and will challenge you in multiple ways. Some areas may even defy logic, and challenge you physically while you still need to stay strong mentally in order to survive. You’ll now find useful equipment to aid your escape – for instance, you’ll be able to carry a torch, meaning you’ll need to consider where to illuminate. We really wanted players to have control over their own adventure within the realm of Castle Rock. That’s why we have designed a storyline that is partially non-linear, so you can decide the order of events and explore the realm of Castle Rock as you please. Maybe even come back another time around and do things differently… More will be revealed at a later date.”