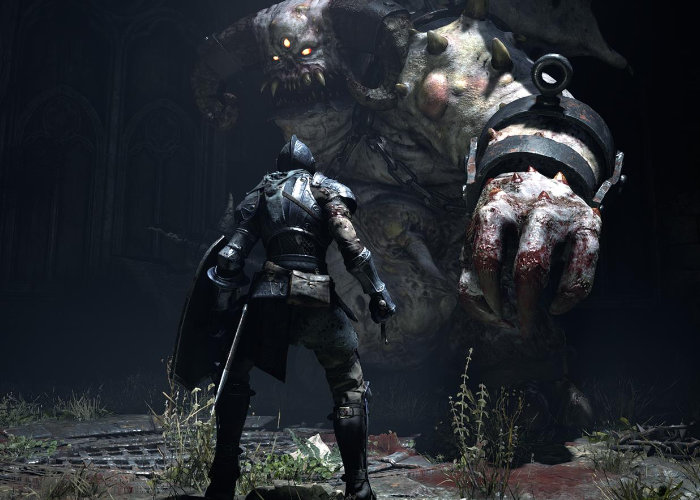 The team over at Digital foundry have wasted no time testing the new Demon’s Souls Remake on the new PlayStation 5 games console, providing a deeper look into the game and how the remastered version runs on the next-generation PlayStation 5 console compared to the PlayStation 3 which it was originally launched on. Check out the video below during which John Linneman guides you through the testing and comparison process.

The Demon’s Souls Remake was launched earlier this month on November 12th, 2020 to join the PlayStation 5 availability throughout the United States. As the PS5 console arrives in Europe tomorrow so does the Demon’s Souls Remake as it rolls out worldwide. Offering both single player and multiplayer modes in the iconic action role-playing game created by FromSoftware.

“The Demon’s Souls Remake features new weapons, armor, rings and new items called “Grains” which give players a temporary resistance to effects like poison, fire, and bleeding. As with the original, players are limited in how much they can carry before their character becomes encumbered, and some aspects of this encumbrance system have been adjusted. For example, in the original game, healing grasses have no weight, so players could potentially carry hundreds of them; in the remake, these healing items now have a weight associated with them so that the amount players can carry is significantly lessened, and more potent grasses weigh more than less effective ones.

One new feature, called “Fractured World”, is a mirror mode which reverses the layout of environments. The game also includes a photo mode, whereupon using it the game will pause, something not possible in the original. Filters from the photo mode can also be used during gameplay, including a “classic mode” filter intended to evoke the look of the original PlayStation 3 game. Although the Souls series is notorious for its difficulty, Bluepoint stated that the remake would not introduce different difficulty levels. The character creation feature has also been updated, with more options for customization.”