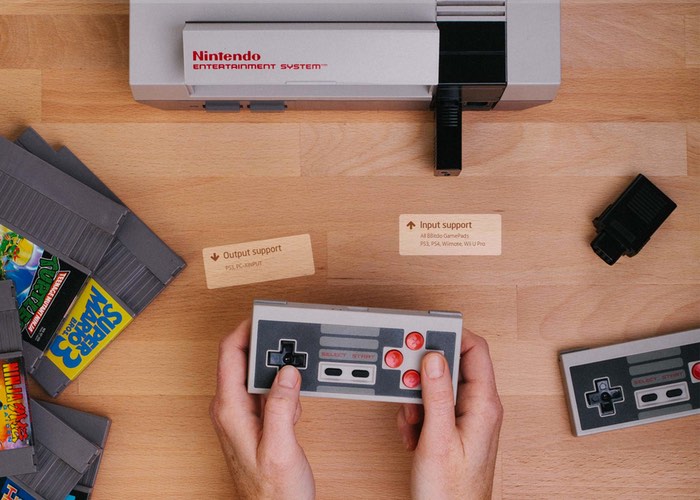 A new adapter has been launched this week priced at $20 or roughly £14 that allows owners of the original NES to enjoy games using a wireless controller.

Created by 8Bitdo and Analogue the adapter or Retro Receiver as it has been called provides Bluetooth connectivity and plugs into any NES console and provides wireless communication to a range of different controllers and supports up to 4 person multiplayer.

Controllers supported by the NES Bluetooth adapter include both PlayStation three and PlayStation four controllers as well as the Wii Remote and Wii U Pro Controller. Unfortunately Xbox 360 or Xbox One controllers not currently supported although 8Bitdo sells wireless NES and SNES controllers that are also compatible with the adapter as you might guessed.

For more information on the new NES Retro Receiver jump over to the official website for details following the link below.