We have featured a number of iPhone docks here at Geeky Gadgets, but I think this is probably the first one which is made from engine parts of various planes, the J-Cobs Piston Dock.

There will only be 250 of these iPhone and iPod docks made, and as you can see from the photos the certainly look different to anything we have featured on the site previously. 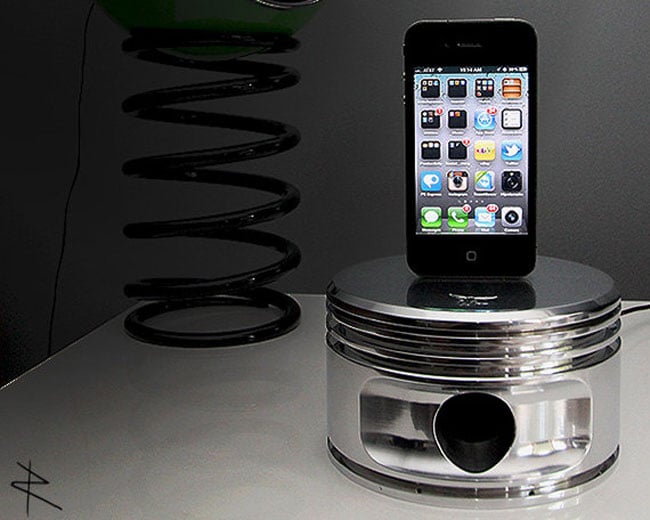 If you want one of these unique iPhone docks they are available for $99 each from Plane Pieces.