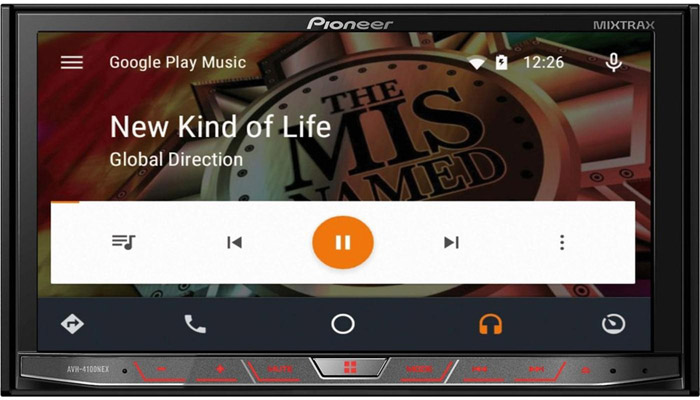 A bunch of aftermarket car audio firms have been working on bringing Apple CarPlay and Android Auto to market for folks to upgrade their existing car audio system with a new one that supports the Android and Apple tech. This is much cheaper than buying a new car that supports CarPlay or Android Auto right out of the box.

That isn’t saying that these aftermarket CarPlay and Android Auto radios are cheap, Pioneer’s new offering starts at $700 for the entry-level AVH-4100NEX. The good news is that the head unit supports both Apple and Google tech and the user doesn’t have to do anything but plug a supported smartphone into the radio.

On the Android side, any smartphone running Android 5.x is supported. On the Apple side, any iPhone from the iPhone 5 up to the iPhone 6 and 6 Plus are supported. The 4100 has a 7-inch resistive display and when a smartphone is connected, the phone will control the UI of the car stereo. If you want something fancier, Pioneer also has a 7100 model for $1200 and an 8100 for $1400.