Samsung recently launched the pink Galaxy Note 3 in the UK, and now they have launched the handset in their home country of South Korea.

The handset will launch in South Korea shortly and Samsung have teamed up with Beaker, which is part of the Samsung Group to promote the handset in Korea. 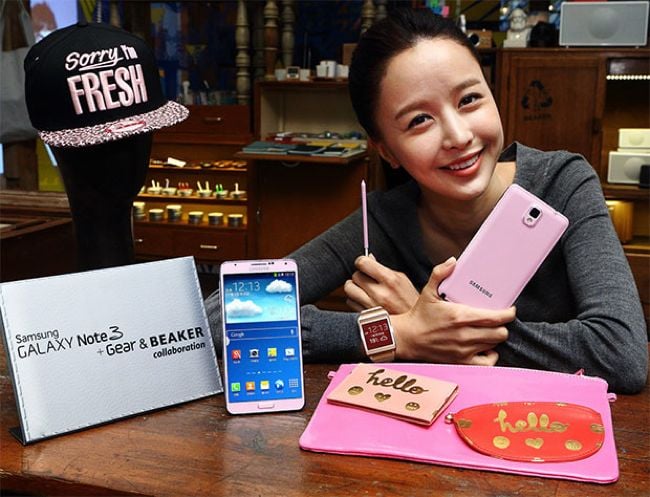 The pink Galaxy Note 3 comes with the same specifications as the white and black versions, it features Android 4.3 Jelly Bean and is designed to work with Samsung’s new smart watch, the Galaxy Gear.

The handset features a quad core 2.3GHz Qualcomm Snapdragon 800 processor, 3GB of RAM, an Adreno 330 GPU and a choice of 16GB, 32GB or 64GB of included storage.

The Note 3 is equipped with front and rear facing cameras, on the back of the handset we have a 13 megapixel camera which can record full HD video in 1080p, on the front of the device is a 2 megapixel camera for video calls.

The Samsung Galaxy Note 3 also comes with Samsung’s S Pen technology, plus 802.11 a/b/g/n/ac WiFi, NFC, Bluetooth 4.0, GPS and a microSD card slot which can take up to 64GB cards.