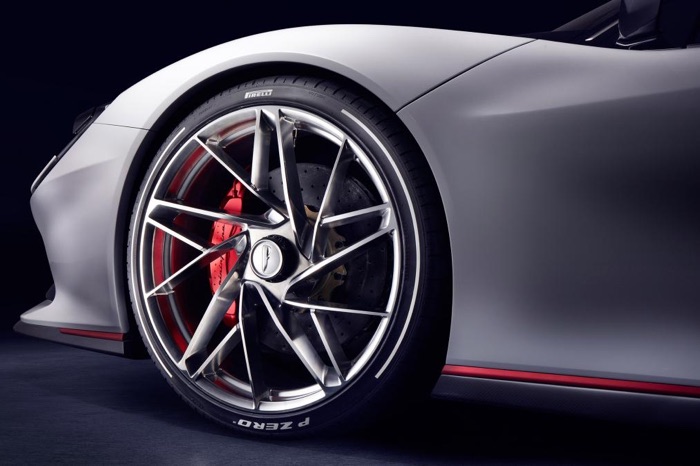 The Geneva Motor show starts next week, there will be a number of new cars unveiled at the event, one of them is the new Pininfarina Battista.

The Pininfarina Battista is an electric hypercar, this will be the first vehicle in the company’s electric range.

Named after Battista ‘Pinin’ Farina, the founder of the Carrozzeria Pininfarina coach building company that he started in 1930, the all-electric hypercar will be designed, developed and hand-built in very limited numbers by Pininfarina SpA in Cambiano, Turin, under the watchful eye of Paolo Pininfarina, Battista’s grandson and current Pininfarina SpA Chairman.

Automobili Pininfarina represents an additional client for Pininfarina SpA, joining the list of the many prestigious car makers for which Pininfarina SpA will be designing cars in the future.

We will have more details about the new Pininfarina Battista hypercar when it is unveiled at the Geneva Motor Show.