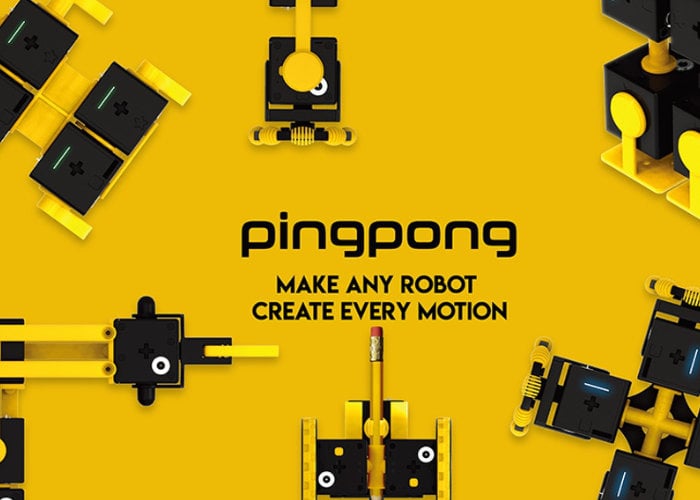 The development team at the Robot Factory base in Los Angeles, California has launched a new robot construction kit called PingPong which has been designed by robotics engineer Dr Yim. “Build any robot ! Create every motion ! A new paradigm of easy, fun, affordable and super-extensible robot platform.” Watch the demonstration video below to learn more about the robotic kits and their capabilities. “Flexible, smart, easily made, and affordable all in one” robot kit.

“Dr. Yim, the creator behind this new sensation, put in a decades worth of research for a robot that would meet the needs of the next generation. During this time Dr. Yim had developed many robots and likewise education tools that were supplied to thousands of schools. “

“However, Dr. Yim wasn’t satisfied that the robots being made today were either too expensive and complex, or made with limited functions which prompted him in the development of a robot that meets the needs of extensibility and accessibility. And now it is here, presented by Robot Factory, a new paradigm in the robot history- a single module based robot platform named PINGPONG.”

For more information jump over to the official Kickstarter crowdfunding campaign page by following the link below where PingPong is available to back with early bird pledges available from just $95 for the PingPong module kit.