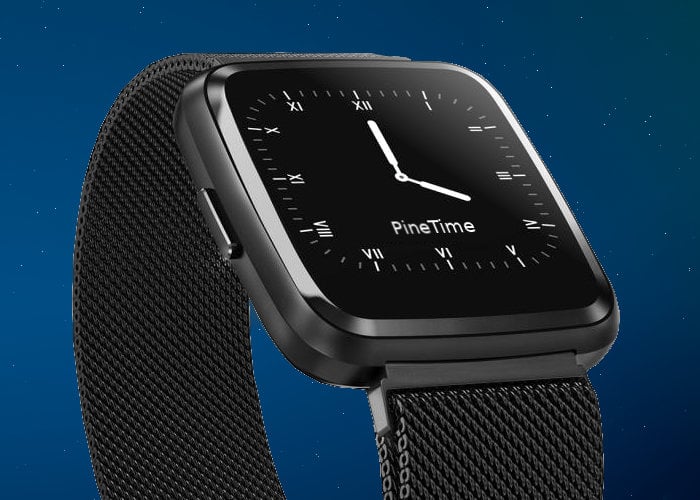 The smartwatch has been designed to run open source software, based on ARM Mbed or FreeRTOS and will also support the company’s new Linux smartphone the PinePhone currently under development. Initial indications from Pine64 suggest that the smartwatch will be powered by a low-power, ARM-based processor, possibly in the form of a NORDIC nRF2832 ARM Cortex-M4 chip.

The $25 smartwatch is currently a “side project” for Pine64 and is not one of the company’s priority at the current time, but they are seeking software developers interested in contributing to the project. Other development projects of higher priority from the company include the PineBook Pro laptop and PinePhone smartphone which is expected to be priced at around $150.

This is the #PineTime (actual photo) – a #Linux smartphone companion and a side-project of ours. Are you a @real_FreeRTOS or @ArmMbed developer with an interest in smartwatches? – let us know. pic.twitter.com/j7ygDWNqbD