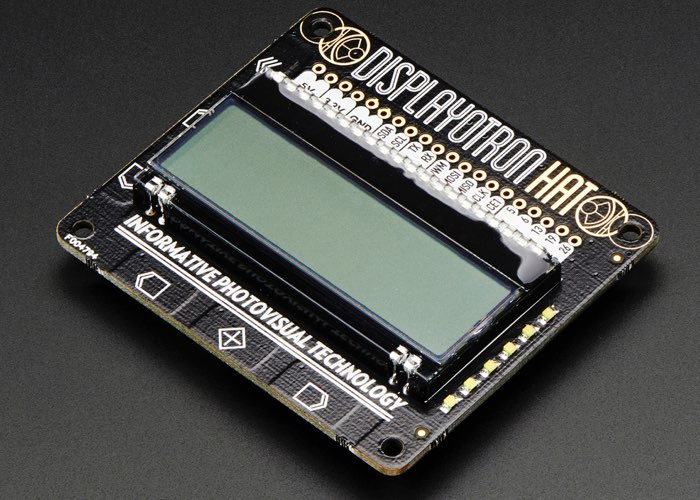 Following on from the arrival of the Pimoroni Piano Raspberry Pi HAT yesterday at the Adafruit store, another has also been made available this week in the form of the Pimoroni Display-O-Tron HAT.

The backlit on the latest addition is twice as bright as the older Display-O-Tron 3000, says Adafruit, who explain :

The capacitive touch pad is ideal for navigating on-screen menus or inputting data and there are some pretty common GPIO pins added for those of you who want to merge with other projects and sensors. The six-zone RGB backlight plus new and improved LED bar graph add a dazzling splash of rainbow color! Monitoring memory usage and CPU load was never so much fun! 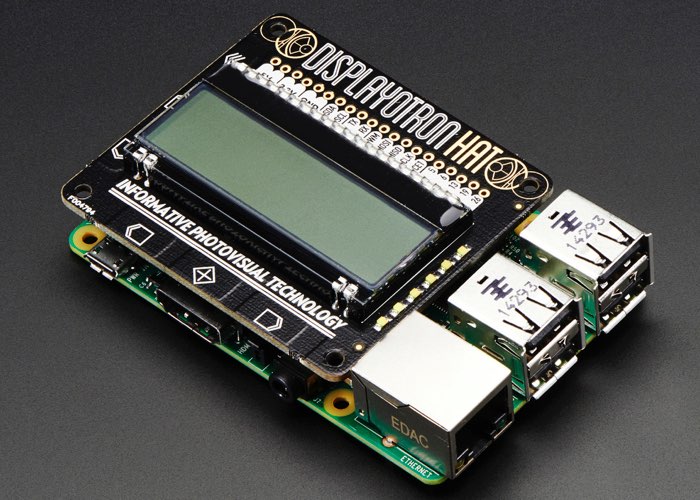 Features of the Pimoroni Display-O-Tron HAT