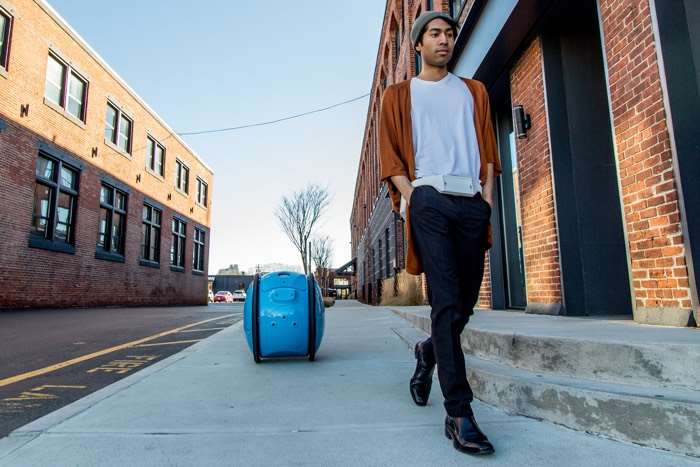 The Piaggio Group, the company behind the Vespa scooter brand has announced the launch of a new device, called Gita.

Gita is a personal cargo robot that can carry your shopping or anything you want, it can carry up to 40 pounds in weight.

Piaggio Fast Forward’s first offering is Gita (pronounced “jee-ta” and in Italian means a “short trip”), an autonomous vehicle that extends a person’s cargo-carrying abilities. Gita is an intelligent vehicle with a communicative personality. It learns and navigates indoors and out with the oversight and decision-making of humans. Gita is able to follow a human operator or move autonomously in a mapped environment.

Gita is 26 inches tall, has a cargo carrying capacity of 40 lbs, and a maximum speed of 22 mph. Gita is designed to travel at human speeds with human agility. Gita has a zero turning radius and is designed to accompany people at speeds from a crawl, to a walk, to a jog, to riding a bike. Instead of deciding to use an automobile or truck to transport 40 pounds worth of packages, Piaggio Fast Forward wants to help people walk, run, pedal and skate through life with the assistance of a family of vehicles like Gita.

We will have more details about this new Gita robot when it officially launches next months.