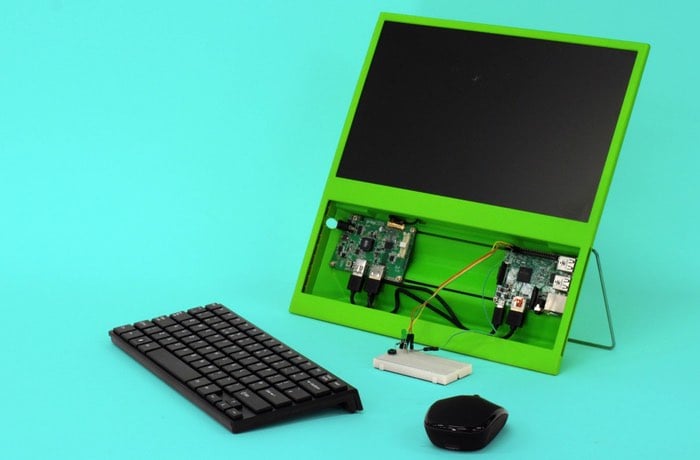 pi-top the team behind creating the Raspberry Pi laptop system, have taken to Indiegogo this week to launch their latest project in the form of a Raspberry Pi desktop computer which is priced at just $99.

The Pi desktop PC has been aptly named pi-topCEED and comes ready to plug and play and is powered by a Raspberry Pi 2 offering plenty of power and performance for any application you may want to build.

pi-topCEED is built with beginners of all ages in mind. Our goal has always been to make hardware as accessible as software is now, and a big part of that is making it beginner friendly. We want you to be able to create your own products and ideas. pi-topCEED is the start of a journey that will see you gaining the skills to build and code your own hardware.

pi-topCEED is a modular desktop. This means, just like pi-top, when a new Raspberry Pi device gets released you can take your old RPi out and insert the new one and just like that, you have a brand new desktop!

Once you plug in your pi-topCEED you gain access to a world of maker resources. Starting with our built for makers by makers operating system pi-topOS. Which includes all this great software and more!

Jump over to the Indiegogo website for more details and to make a pledge from just $99 to own one of the very first of the production line.