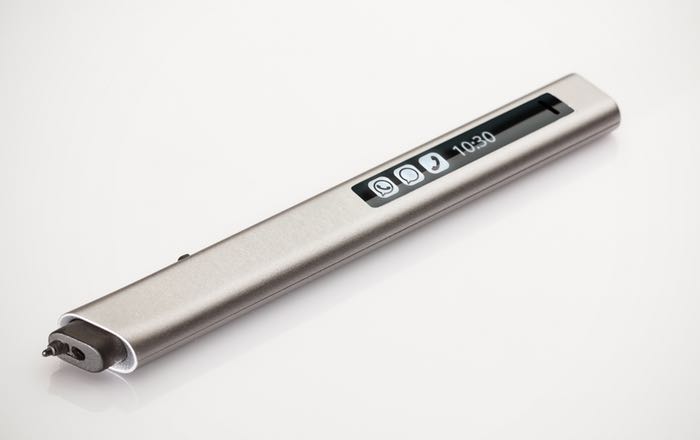 OTM Technologies based in Tel Aviv Israel have unveiled a new smart pen they have created called the Phree that has been designed to offer the world’s first unrestricted, high resolution, smart pen that is capable of writing anywhere as a mobile input device.

The Phree Is capable of connecting to all mobile devices as well as desktop and laptop computers and even your TV via its Bluetooth connection. Watch the promotional video below to learn more about this unique smart pen.

The smart pen also supports applications such as Microsoft’s Office OneNote, together with EverNote, Acrobat, Google Handwriting Keyboard, Viber and more. Three is also capable of acting as a headset and has an integrated screen for small texts to be viewed.

“A lot of thought and prototyping was invested in Phree to ensure a great user experience. It’s thin and it has an oval cross section, so it’s both useful and comfortable. And when you hold Phree in a writing position, the touch display always faces you for easy activation. Just touch to change from a pen to a highlighter. Or from red to blue. Or from messaging to dialing.”

The Phree smart pen is available in Black, Graphite, Silver and Gold and is available to back over on Kickstarter, with pledges starting from $169.