Today Photofast have unveiled their latest creation the PowerDrive-LSI PCIe SSD line of drives. The new  solid state drive equipped with a PCI-Express x8 interface promises to deliver read and write speeds of up to 1400 MB/s and 1500 MB/s, respectively. 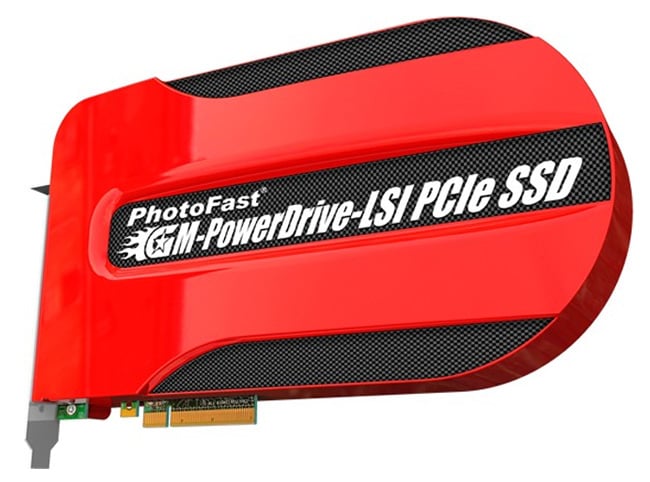 The new PhotoFast PowerDrive-LSI PCIe SSD will be arriving in October in either 240GB, 480GB and 960GB storage sizes.