It looks like another company is offering a PCIe SSD, which the launch of the new PhotoFast G-Monster PCIe SSD.

The PhotoFast G-Monster PCIe SSD will come in a variety of sizes, including 256GB, 512GB and 1TB, and will offer read speeds of 750MB/s and write speeds of 700MB/s. 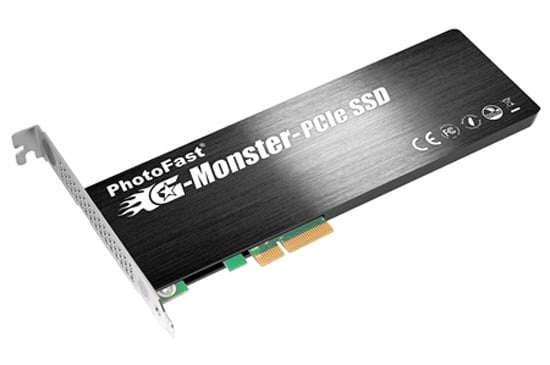 Unfortunately there is no word on pricing as yet, but you can expect them to be expensive, it will go on sale in Japan in April.