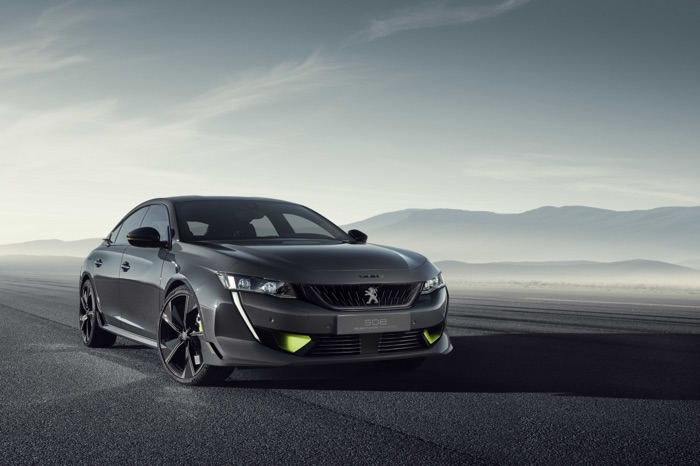 Peugeot has announced that they will unveiled new car at the Geneva Motor Show next month, the Peugeot 508 Sport Engineered Concept.

The Peugeot 508 Sport Engineered Concept is a plug in hybrid which comes with around 400 horsepower.

The experts at PEUGEOT SPORT took the all-new 508 Hybrid as a starting point and enhanced its design, performance and efficiency. With an advanced PureTech 200 engine and 110bhp electric motor driving the front wheels and a separate 150kW (200bhp) electric motor powering the rear wheels, the four-wheel drive 508 PEUGEOT SPORT ENGINEERED can accelerate from 0-62mph in 4.3 seconds and hit a mechanically limited top speed of 155 mph.

This electric performance is underpinned by an 11.8kWh battery, which gives the 508 PEUGEOT SPORT ENGINEERED concept a zero-emission range of up to 31 miles when switched to 100% electric mode and CO2 emissions of 49g/km, on the WLTP test protocols, when in Hybrid mode.

You can find out more details about the new Peugeot 508 Sport Engineered Concept over at Peugeot at the link below.