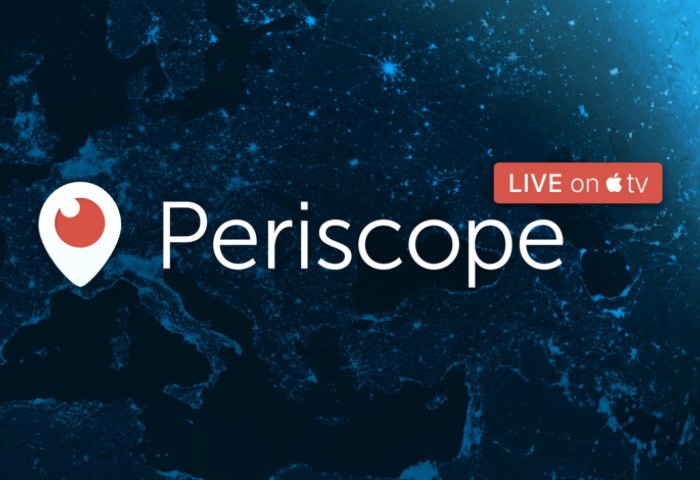 Periscope users may be interested to know that over the weekend the company has launched its highly anticipated Periscope Apple TV application.

Periscope’s new application is available to download from today on Apple’s new TV streaming box, that was available to preorder from Monday of last week and started shipping just before last weekend.

The new Apple TV Periscope application allows you to view broadcasts at full screen and includes everything you are used to via their mobile applications such as comments and floating hearts. It also includes a Couch Mode feature that will automatically start playing another broadcast when one finishes.

Periscope lets you experience the world through someone else’s eyes. We use live video as a medium because when you watch events unfold live, it’s a more authentic experience. In our living rooms today, broadcast television is the closest thing we have to this. However, as live television becomes more and more produced, it can also become less genuine. This is what excites us about bringing Periscope to the Apple TV — the notion that you, your friends and family, can share what’s happening in the world right now, together.

Jump over to the Periscope website for more details via the link below.