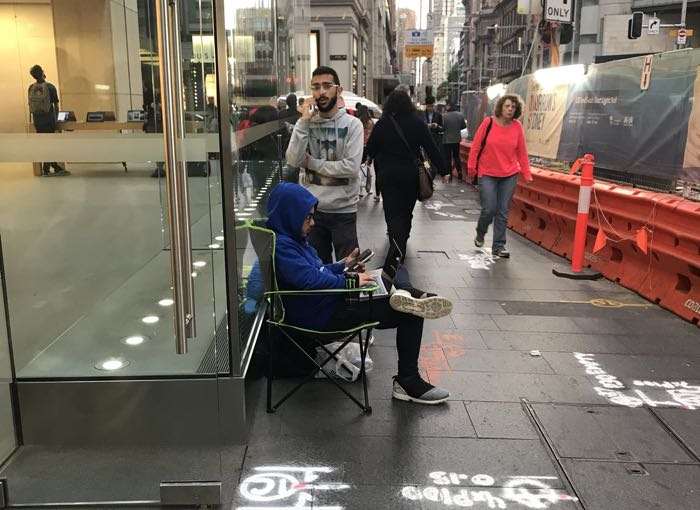 Apple will announce its new iPhone later today and before the device is even official, some people have started queuing for its at Apple Stores. The picture above shows people outside the Apple Store in Sydney Australia.

The photo was taken by journalist Like Hopewell who posted it on Twitter, you can see his tweet below. It looks like these people will have a long wait for the new iPhone X.

Two days ahead of the actual announcement itself, the first person has made camp outside the Sydney Apple Store for #iPhone8 pic.twitter.com/7R6TLYrtja

This is of course if Apple is ready to launch the iPhone X, some rumors have suggested that it may launch a little later or that it could have limited supply at launch. We will have more details about Apple’s new iPhones when they are made official at Apple’s press event later today.