PDP makes all sorts of controllers for just about every game system there is. The company has stuff for the Wii, Xbox 360, and the PS3. PDP has offered up a line of new gear for gamers with a couple controller accessories for the Wii and a Tron controller for multiple consoles.

The Wii Disney gear goes along with the Epic Mickey title. One is a stand that holds the Wii Remote and the other is a paintbrush holder for the nunchuck. The Tron controllers are my favorite. 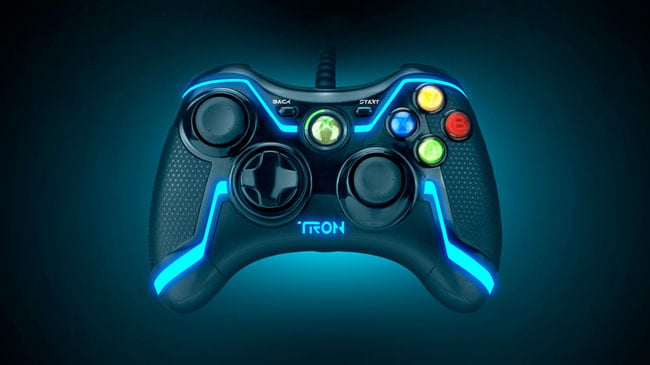 The Tron controllers will be offered for the Xbox 360, Wii, and PS3 this fall. Each controller will sell for about $50 and has glowing blue lines. The Mickey gear has not been priced yet.