If you are looking to build your own elite gaming rig you might be interested in a new video which has been created by the PCGamer website which include a not 2 or even 3 but 4 GTX Titan graphics cards, making it one powerful gaming rig.

The PCGamer website will be using the elite rig to carry out review sand tests on games and more and their build process can be seen in the video after the jump. The gaming system has been named the The Large Pixel Collideris and is the most irresponsibly powerful gaming PC rig the guys have built to date. 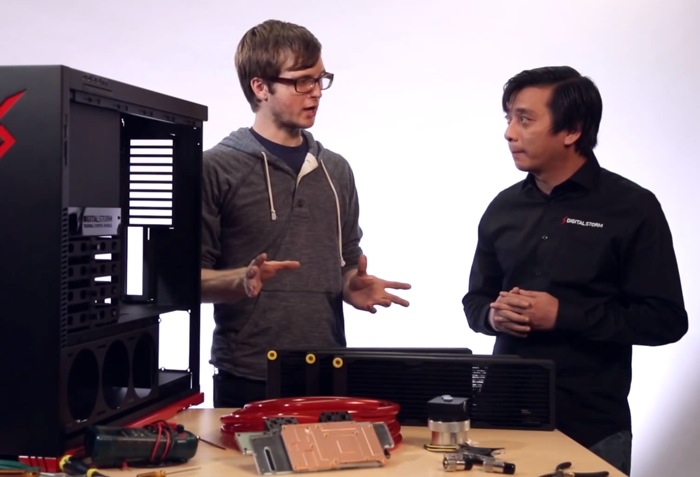 “The Large Pixel Collideris the most irresponsibly powerful gaming PC we’ve ever built. This marvel of technological achievement has been outfitted with an Intel Core i7-4960X, 64GB of Corsair RAM, four GTX Titans in quad-SLI, and just a pinch of plutonium.

With the LPC, we’ll push gaming beyond anything ever seen before. Our experiments won’t stop at maximum settings or standard resolutions—we won’t even call it quits at 4K. As PC gamers, we aren’t interested in compromise, and as fellow PC gamers, you’re invited to join us as we document every gameplay experiment in our ongoing video series.”

For more information on the new Large Pixel Collideris gaming rig jump over to the PCGamer website for details.