Parrot well known for creating the awesome remote AR. Drone amongst other products, has built and launched a new device that will be available to purchase in September called the Parrot MiniKit Neo.

The Parrot MiniKit Neo has been designed to be an in-car personal assistant and can be controlled by the driver voice. It attaches to your sun visor and connects with up to two Bluetooth devices at the same time, and comes with companions apps for both Android and Apple iOS devices. 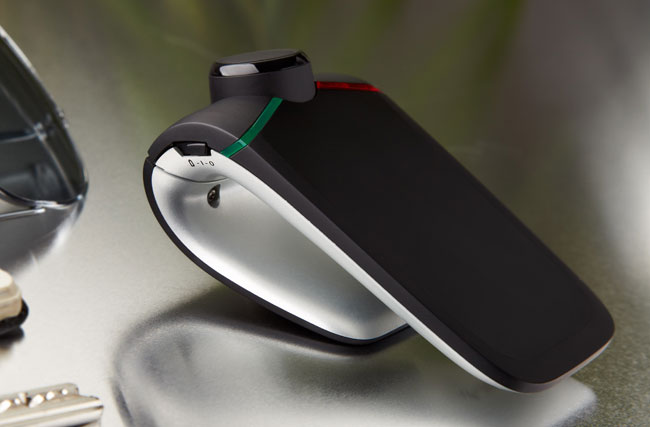 Features of the new Parrot MiniKit Neo include the ability to set parking meter reminders, create and reply to text messages, respond to calls and it even allow users to locate their car. Its internal rechargeable battery will provide up to 10 hours talk time and up to six months of standby time.

The Parrot MiniKit Neo will be priced at $100 when it arrives in stores during September 2012, for more information jump over to the Parrot website for details.