If you’ve been looking forward to getting your hands on the Parrot AR.Drone, the quad propeller WiFi remote control copter. You will be pleased to know it will be having its official launch at E3 on June 15, 2010. Check out the video of the Parrot AR.Drone in action after the jump. 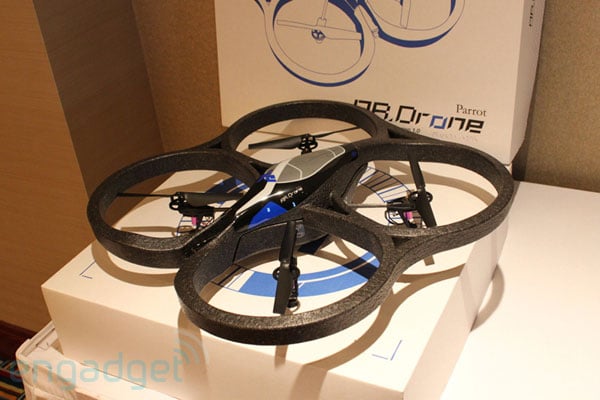 The AR.Drone is controlled via an iPhone and can fight with another copters using augmented reality. This fantastic remote control copter has two cameras and uses WiFi for control via an ad-hoc connection from the iPhone.

The control system comprises of two ultrasonic transmitters for vertical stability, a three-axis accelerometer, and a two-axis gyroscope paired with a single-axis yaw precision gyroscope. WoW.. I can’t wait to get my hands on one of these.

The AR.Drone is expected to be available for around $30 but as yet offical prices have not been released.