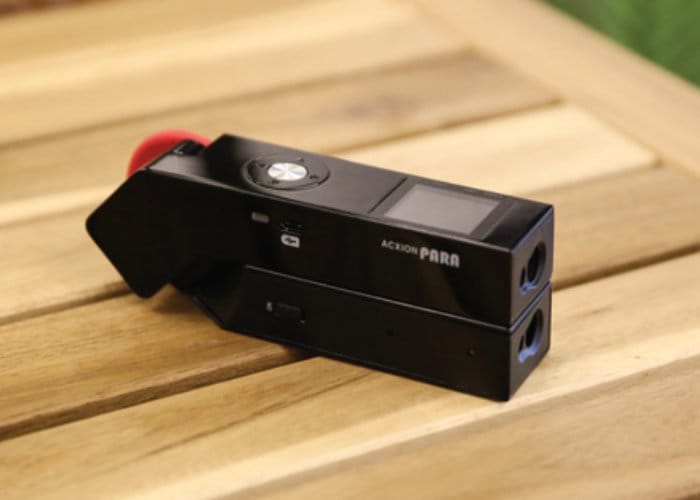 ACXION has launched a new Kickstarter campaign this month and have already raised the required funds needed to take their new PARA stationary Pythagorean Laser Measurer into production. The advanced and versatile laser measure allows you to take measurements with ease whatever angle using Pythagoras’s theorem. The laser measure comes complete with its own mobile companion application which it connects to using Bluetooth technology.

PARA is a Pythagorean laser measurer that utilises two lasers and an angle encoder. Watch the demonstration video below to learn more about the PARA laser measure which is now available to back by Kickstarter with early bird pledges available from $179 or roughly £137. If all goes well worldwide shipping is expected to start early in 2019.

“Other measurers in the market require the user to move. Whether it is the rulers or the high tech devices, you have to move to take measurements. With PARA you can measure everything from the position you are at. Just point the lasers to what you want to measure and PARA will tell you the distance between the two points. The core limitations of all existing laser measurers is that it can not measure open ended spaces. Current products only measure the distance between the device and the end point of the laser and so you need to find a way to stop the laser when measuring open spaces. PARA is the only solution to this limitation.” 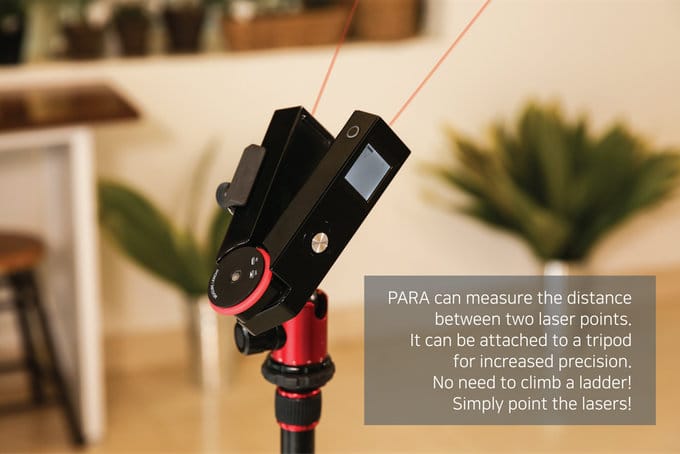 For a complete list of all available pledges and full specifications of the PARA laser measure jump over to the official Kickstarter crowd funding campaign page by following the link below.