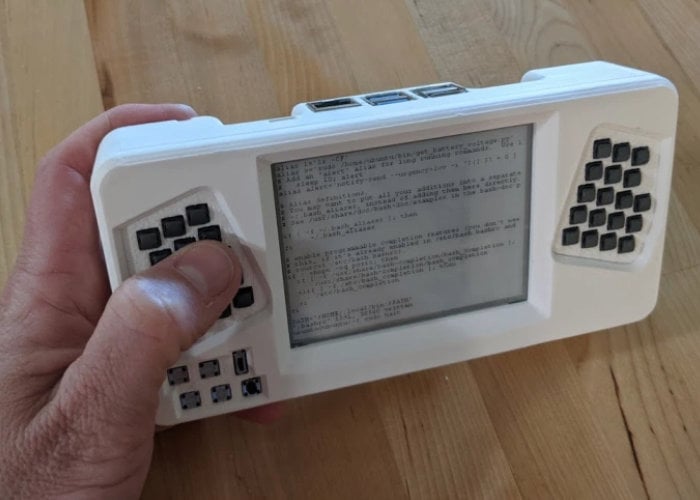 Raspberry Pi enthusiasts interested in building their very own pocket cyberdeck may be interested in the ultraportable Raspberry Pi 4 build by [a8skh4]. Equipped with a 4.2″ e-ink screen together with a split thumb keyboard, constructed of soft, silent, tactile switches the small portable device features everything you need for remote tinkering. 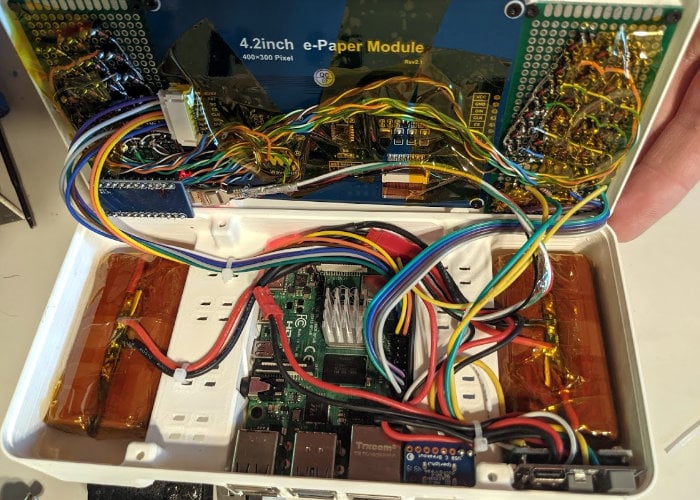 – Implement a reliable battry power and charging system
– Custom thumb Keyboard with the Miryoku layout that I wanted more experience with. Also an opportunity to hand-wire a Keyboard.
– Put this eink dispiay to use. It’s console centric, and seemed like a good opportunity to get better with console tools. E.G. becoming proficient with “screen”. And the Keyboard layout caters to emacs, so I might spend some time there instead of vi.
– Further develop my 3D design skills.

“The GPIO buttons are wired with a 10k pullup resistor to the 3.3v pin on the pi. When the button is pushed, the pin is grounded. I’ve tried GPIO buttons on a previous project using only the PIs internal pullup, but it seemed succeptable to noise and would trigger when plugging in power or other interference. So the external pullup is a good idea. I have another project where I’ll probably solder the resistors right to the bottom of the pi rather than on a breakout board. Should simplify the breakout and keeps the 3.3v at the pi.”