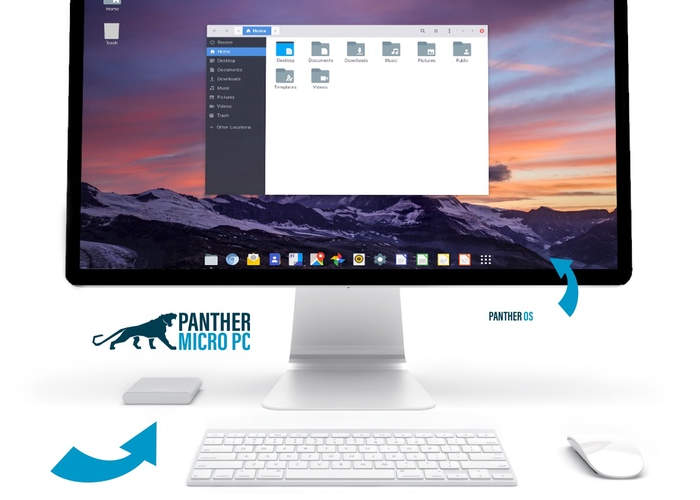 A new Linux powered “super mini PC” has been launched by Kickstarter this week in the form of the Panther Alpha, which is looking to raise $79,000 over the next 45 days to make the jump into production.

The Panther Alpha is being marketed as the most efficient desktop computer currently available allowing you to do more with less. Watch the promotional video below to learn more about its construction, integrated technology and operating system.

The Panther Alpha is available to back via Kickstarter with pledges for the first 50 backers starting from just $79.

With the new Panther Alpha Micro PC, you don’t need size to perform. Panther Alpha, powered by Linux, allows you to work and play on your desktop computer with just a fifth of the memory of Windows 10, leaving you with nearly 2GB to be used in conjunction with your favourite apps. As far as the Panther Alpha is concerned, size really doesn’t matter. It’s able to perform exactly the same tasks you’d expect of your regular home or office computer at just a fraction of the size.

Trading up to the Panther Alpha allows anyone to slash their energy consumption by as much as 77% with absolutely no compromise on performance. And, with an abundance of user customization options, it’s a PC carved in your image. Whether you need to increase productivity at work or efficiency at home, Panther is the reliable alternative you’ve been looking for.

A typical desktop computer operates at anywhere between 80W and 260W, while Panther provides an almost identical experience at just 2W to 4W. No fans, no moving parts, no noise. Panther Alpha is the silent assassin; executing the tasks you need to make your day a breeze.

For full specifications of the Panther Alpha jump over to Kickstarter via the link below.