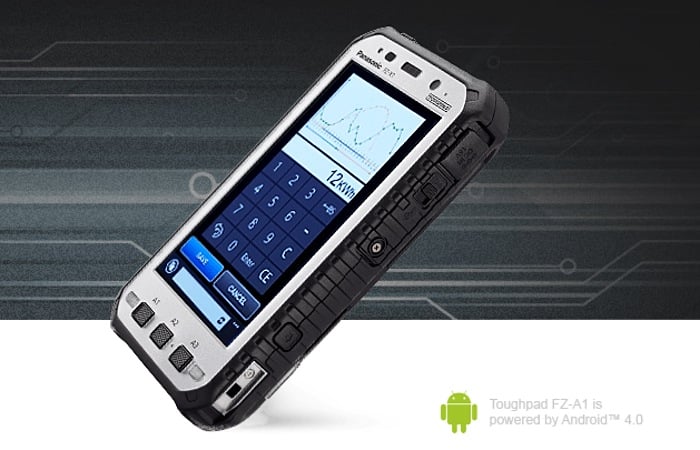 Panasonic has unveiled new additions to its Toughpad range of smartphone/tablet devices with the unveiling of the new Panasonic Toughpad FZ-X1 and Toughpad FZ-E1.

Both devices are fitted with 5 inch screens and have been designed to be used as either LTE smartphones or as devices without LTE that can simply connect to your in-house wireless network.

The new rugged Panasonic smartphones weighed 425 g and measured just over 25 mm in thickness and are available to purchase with prices starting at $1799. Even though the devices are marketed as smartphones, due to their rugged construction they function more like a tablet device especially when only equipped with Wi-Fi connectivity. Kyle Day, senior product manager at Panasonic explains : “We don’t want to call it a smartphone because some may order it without telephony,”

Due to their rugged construction the devices can be used in temperatures from -4°F to 140°F or -20°C to 60°C. When used at lower temperatures a built-in heater within the device will automatically engage to keep the battery warm, allowing the unit to boot up when required.

The Panasonic Toughpad FZ-X1, is supplied running Google’s Android 4.2.2 operating system, and is equipped with four buttons that can be customised for functions such as taking pictures, scanning items, or custom tasks. The Panasonic Toughpad FZ-E1 is supplied running Windows Embedded 8.1, and is equipped with two customisable buttons for application use.

Both are also fully sealed against dust and are submersible in up to 5 feet of water for up to 30 minutes, meeting IP65 and IP68 certification requirements, check out the video below. For more information on the new Toughpad devices jump over to the Panasonic website for details.