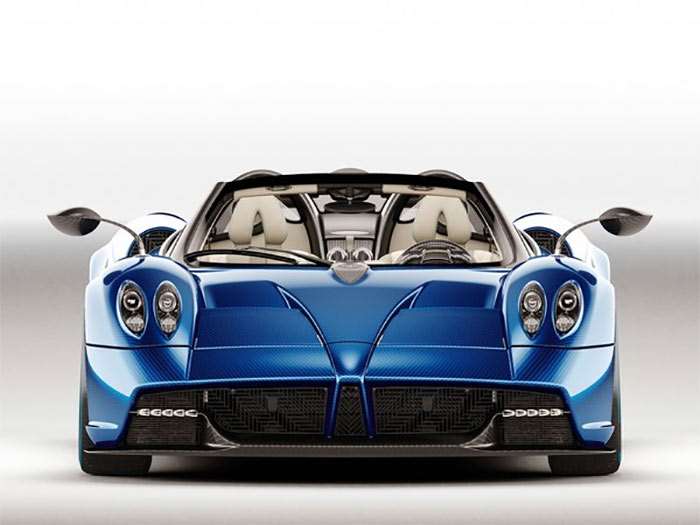 Pagani has unveiled a new Roadster version of the Huayra supercar and the beast is so sexy. The car loses the top and packs a Mercedes 6.0L V12 Twin Turbo engine under the hood. That engine makes 764hp and 740 lb-ft of torque.

That massive V12 is crammed inside a titanium and carbon fiber bodied car meant for lightweight performance. The Huayra Roadster weighs in at 2,822 pounds, 176 pounds less than the coupe. Considering there is extra bracing and stiffening done to the roadster’s chassis, weight loss is impressive.

The car has active aero bits and for now performance is a mystery. Pagani hasn’t announced top speed or 0-60 time just yet. We do know the car will cost $2.4 million and only 100 will be made. The entire 100 unit run is already sold.