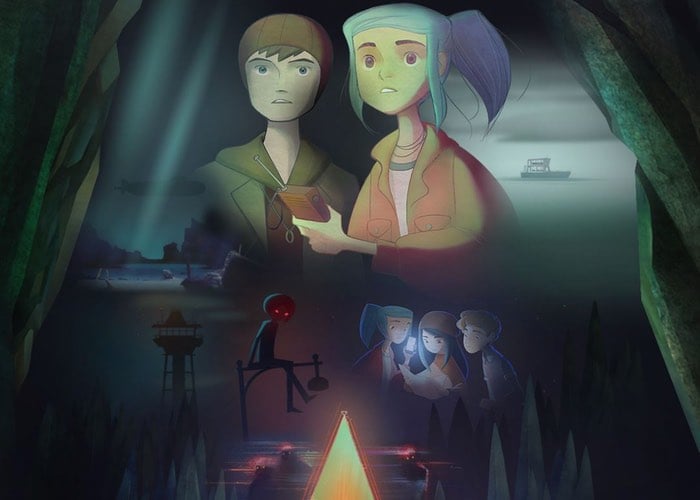 Sean Krankel Co-Founder at Night School Studio has Taking to the official PlayStation blog this week to announce the launch of the game on the PlayStation 4 next month on May 31st, 2016.

As in most cases an announcement trailer has also been released today providing a glimpse at what you can expect the game and storyline to consist of when it launches next month on PS4.

A quick catch-up on Oxenfree: it’s the debut game from our studio, centering on a girl named Alex who brings her new step-brother Jonas to an overnight party on a decommissioned military island that goes horribly wrong. It’s a supernatural mindscrew of an adventure with tons of different outcomes and story paths that let you shape Alex’s life, the fabric of time and space, and the fate of a bunch of really pissed off ghostly creatures. Think Freaks and Geeks but with possession, time loops, and terror.

When my cousin Adam and I started the company a couple years ago, we set out to make a game where players could interact with a big, dangerous story in new ways. With Oxenfree, we wanted to cast you in a thriller that was frightening, funny, and meaningful in varying doses. And unlike many other narrative games, we wanted you to play through it all with no cutscenes; freeing you up to explore, talk, and solve mysteries fluidly.

We’ve added all kinds of improvements to push the experience beyond anything the public has seen yet, including transforming your DualShock 4 into the game’s supernatural radio via the controller’s speaker and light bar. But the most thrilling addition is the creation of a surreal New Game+ mode that will continue Alex’s story with a new purpose.

For more information on the new Oxenfree PS4 game jump over to the website for details following the link below.