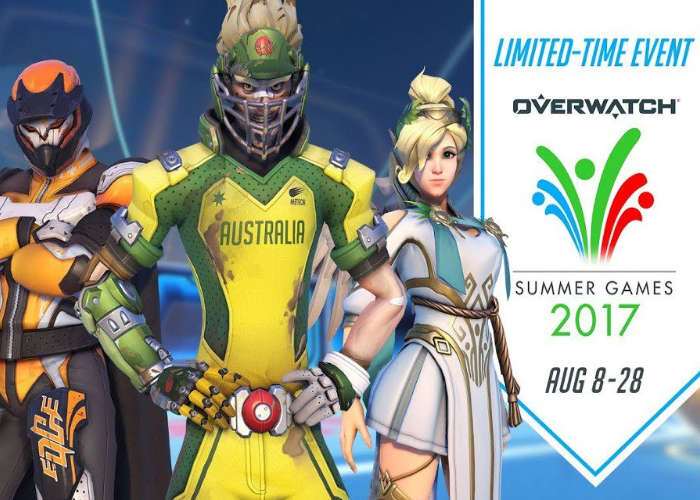 A trailer has been released by for this years Overwatch Seasonal Event Summer Games 2017 that follow on from last years event that provide players with special Loot Boxes, 112 exclusive cosmetics, and an exclusive brawl, Lúcioball.

In the new trailer players can see the Olympic themed and Summer Games skins the event runs from today until August 29th 2017.

This year, we’re celebrating the spirit of competition with a new Lúcioball arena, leaderboards, and competitive play. Players can also unlock over 40 new seasonal items—including legendary skins like Winged Victory Mercy, Grillmaster: 76, and Lifeguard McCree—alongside all your favorite summer gear from last year. So, put on some sunblock, turn up the volume…and let the games begin!