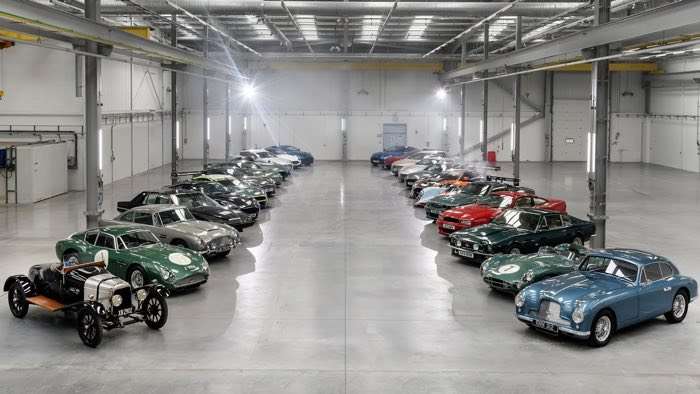 Aston Martin recently started construction of its new factory at its St Athan plant in South Wales and to mark the occasion, the car maker took over £65 million worth of Aston Martin cars to the plant.

In the video below we get to see some Amazing Aston Martin cars in action, which include the One-77, The Vulcan and more.

The appearance of the Aston Martin Vulcan though was just the start of an incredible celebration of Aston Martin’s heritage, which brought together 28 very special Aston Martins with a combined value of £65 million in a film produced to celebrate the transfer of ownership of the three super hangars at St Athan.

The vast, empty hangars offered a once-in-a-lifetime opportunity to showcase Aston Martin’s 104-year history in the only way its drivers knew how. Aston Martin Racing World Endurance Championship (WEC) drivers, Darren Turner and Nicki Thiim, along with Aston Martin Chief Engineer Matt Becker, had plenty of room to manouevre a stunning selection of Aston Martins. That is, until they got caught by the boss Aston Martin President and CEO, Andy Palmer.

You can find out more details about Aston Martin’s new production facility at the link below.