We’ve featured a few  iPhone and iPad stylus here on Geeky Gadgets but the oStylus capacitive pen, definitely looks a little different. Watch the video after the jump to see the stylus in use. 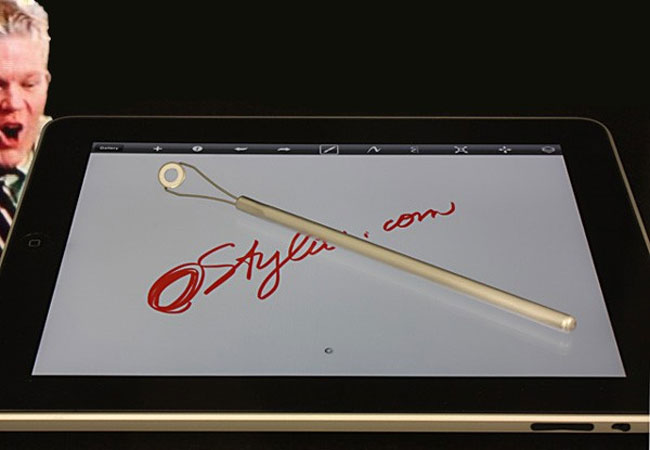 The strange ‘O’ tip of the oStylus is designed to provide an accurate methods of drawing on capacitive screens such as the iPad, iPhone and other similar tablet devices.

Created by Andrew Goss a Canadian jeweller the oStylus allows you to see exactly what your drawing, rather than the familiar senario when using your finger (however small) blocks your view when drawing detail and the same applies to the foam tipped stylus.

The oStylus is not yet available to purchase and not details have been released as yet. You can however subscribe for updates on the oStylus Website