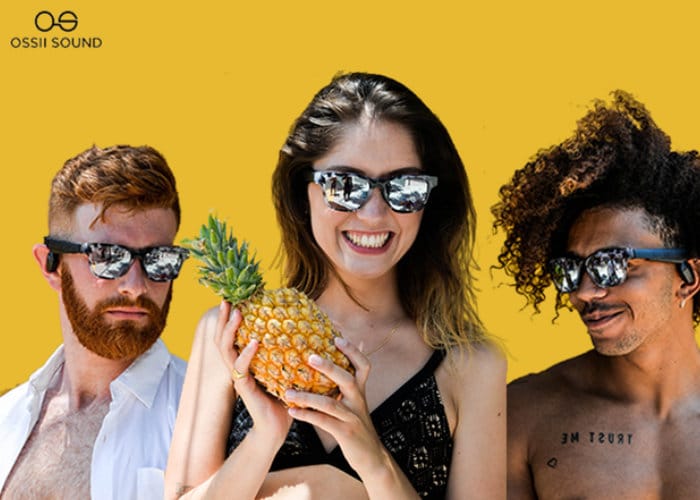 Ossii Sound has created a new pair of customisable bone conduction glasses which are currently in the final hours of their Kickstarter campaign and already raised over double the required pledge goal making sure the product makes the jump into production. “An eyewear that lets you connect with the world around, instead of distracting you from it. It’s a perfect combination of killer eyewear, and a truly wireless Bluetooth, open ear audio device. They are perfect fitting, fully adjustable, fashion-forward, and interchangeable.”

Watch the demonstration video below to learn more about the Ossii Sound bone conduction glasses which are now available for super early bird backers from $99 or £75. With only 55 hours remaining on the Kickstarter campaign don’t delay if you’d like to be one of the first1st to own the unique glasses. “Ossii’s feature a tool-free front rim, and a 3-point locking system that lets you swap lenses in an instant. Go from active shades to your at-work prescription without skipping a beat. Beyond that, you can remove the audio device in 1 sec because of our patented design”.

For more details, full specifications and a list of all available pledges jump over to the official Kickstarter crowdfunding campaign by following the link below.