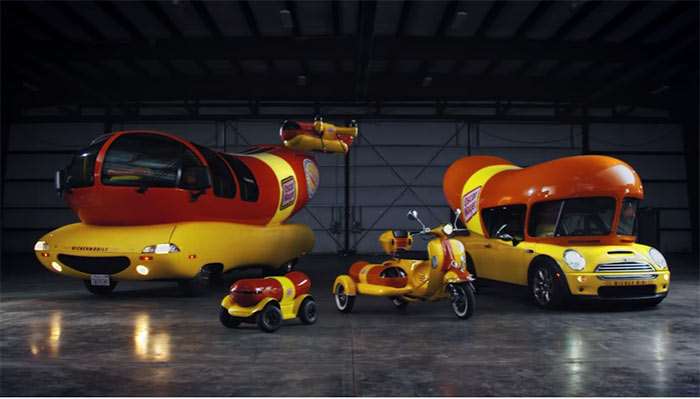 Growing up you couldn’t get away from the commercials on TV with the little boy singing about his Oscar Mayer bologna and I ate more than my share of the brands lunch meats and hot dogs. I have also seen the iconic Oscar Mayer Wienermobile cruising around the streets multiple times growing up.

This is the big yellow car that looks like a giant hotdog. Oscar Mayer has announced that it is expanding that fleet with some other modes of transport for hotdog goodness. The video below shows the new Wienerfleet that includes the original Wienermobile and the new Wienermini, Wiener Rover, Wienercycle, and Wienerdrone.

I’m not sure what the Wiener Rover isn’t the Weinerrover, probably because the two “Rs” look weird together. The Wienermini looks to have stared life as a Mini Cooper. The video gives you some specs and details on each of the delivery vehicles.