Stu Crew and Automotive Design graduate from Coventry University in the UK has create a few concept ideas in OS X Ivericks of what he thinks would be a enhanced OS X design to great effect using styling ideas from Apple’s new iOS 7 mobile operating system.

The concepts regards Apple’s OS X are obviously just Stu Crew’s ideas and have no relevance to what Apple is currently developing with their new iOS 7 OS that is expected to be officially launched on September 10th 2013. 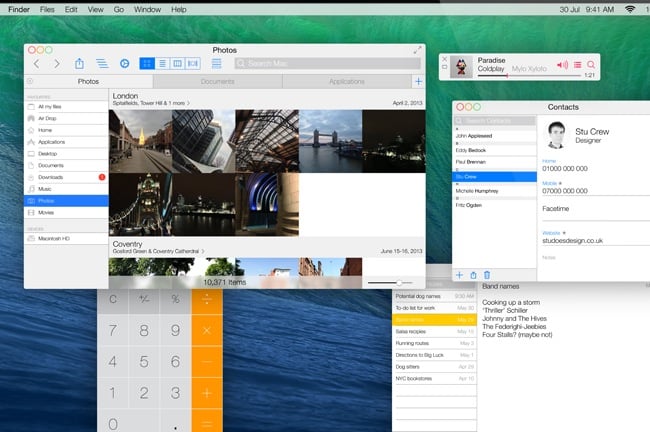 Stu Crew explains a little more abut his thought for design changes that could be made to Apple’s OS X operating system :

“Desktop : At first glance the desktop is familiar. The functionality hasn’t changed (ignore the missing dock) and now has the iOS 7 style. Flat windows with border-less icons look clean and sophisticated matching the translucent menu bar, all with Helvetica Neue for text.

Finder :For a redesigned OS X to work the finder must be executed in a way that sets the tone for the rest of the desktop. With cleaner toolbars and icons it’s easier to find your way around. The hollow close, minimise and maximise buttons are inspired by the new signal indicators. To emphasise the look of iOS 7 on the Mac I created a Photo Stream window for images, exploring how the new ‘collections’ view could be applied to other parts of the Mac.”

For more information on the new OS X Ivericks concept jump over to the Stu Crew website for details. 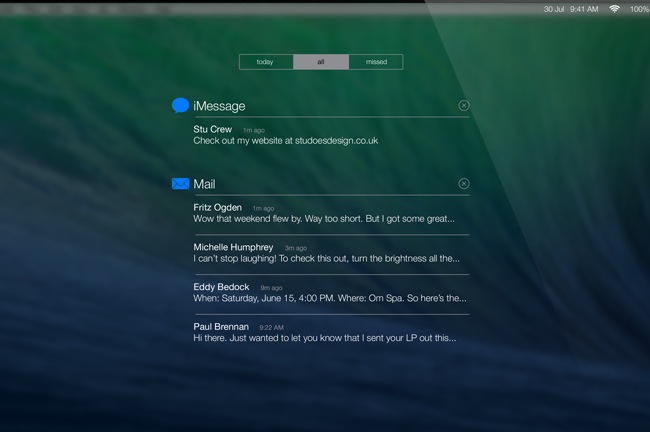