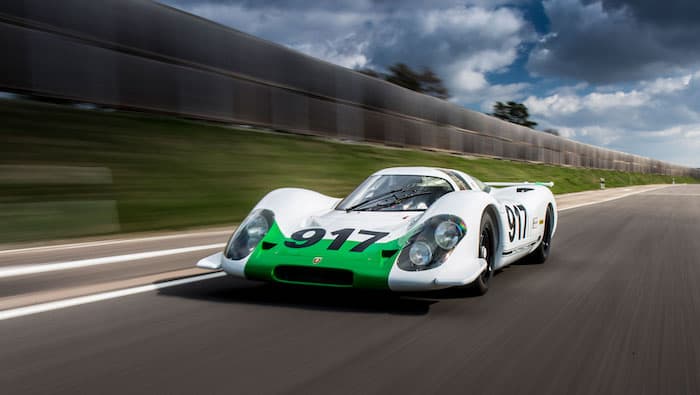 Yesterday we saw some photos of the original Porsche 917 which had been restored over the last two years and now Porsche has released a video of the car.

This is the first every 917 that Porsche built with the number 001, it has been used in testing since it was built 50 years ago and it is now fully restored.

The 917: a milestone for Porsche and an icon of motorsport. A formidable racecar that took the first of 19 Porsche victories at Le Mans. Developed by a small, passionate team in less than a year under absolute secrecy and enormous time pressure. Now, 50 years later, we present the 917 with chassis number 001 – in the original condition of its world premiere in 1969 – together with other 917 descendants.

You can find out more information about the original 917 from Porsche over at their website at the link below.