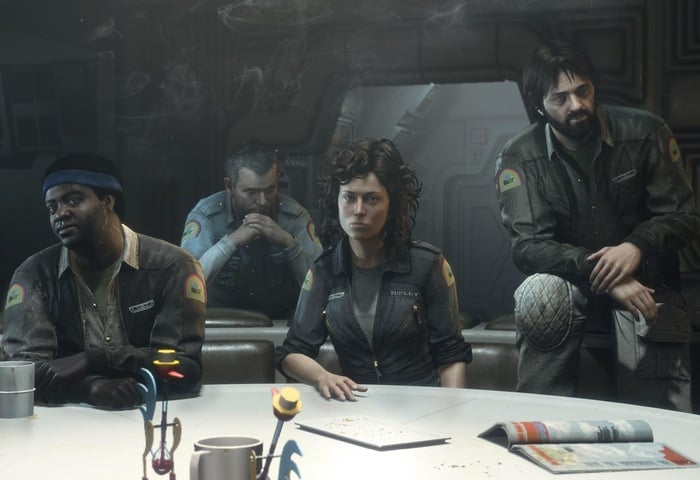 Aliens fans looking forward to the launch of the new Alien Isolation game that will be available October 7th 2014 on Xbox One, PlayStation 4, PC, Xbox 360 and PlayStation 3 consoles.

Are sure to be pleased to learn that they will now be able to play as select charters from the original Alien cast from the 1979 movie if they pre-order before the games launch.

The new Alien Isolation DLC contains two missions to play based on classic scenes from the original movie. By pre-ordering the new game players will gain free access to the ‘Nostromo Edition’, which includes the first of the two DLC missions, entitled “Crew Expendable” allowing you to play as either Ripley, Dallas or Parker.

The second Alien Isolation DLC pre-order mission called “Last Survivor” will be available via select retailers and allows you play as Ripley. Setting the Nostromo’s self-destruct sequence and trying to reach the Narcissus shuttle in order to escape.

“There’s no point in us trying to match beat-for-beat what occurs in the film. The film is much better at doing that than a game. We came with the approach these guys had a plan to try and take on the alien, to flush it out of an airlock. What else could have happened?”

“At its heart, it’s the same,”-“You’re still confronting the alien, which is dynamic and reactive. It’s not scripted, which I think fits perfectly with these characters trying to confront it and surprise it. Every time you play it’s different.”